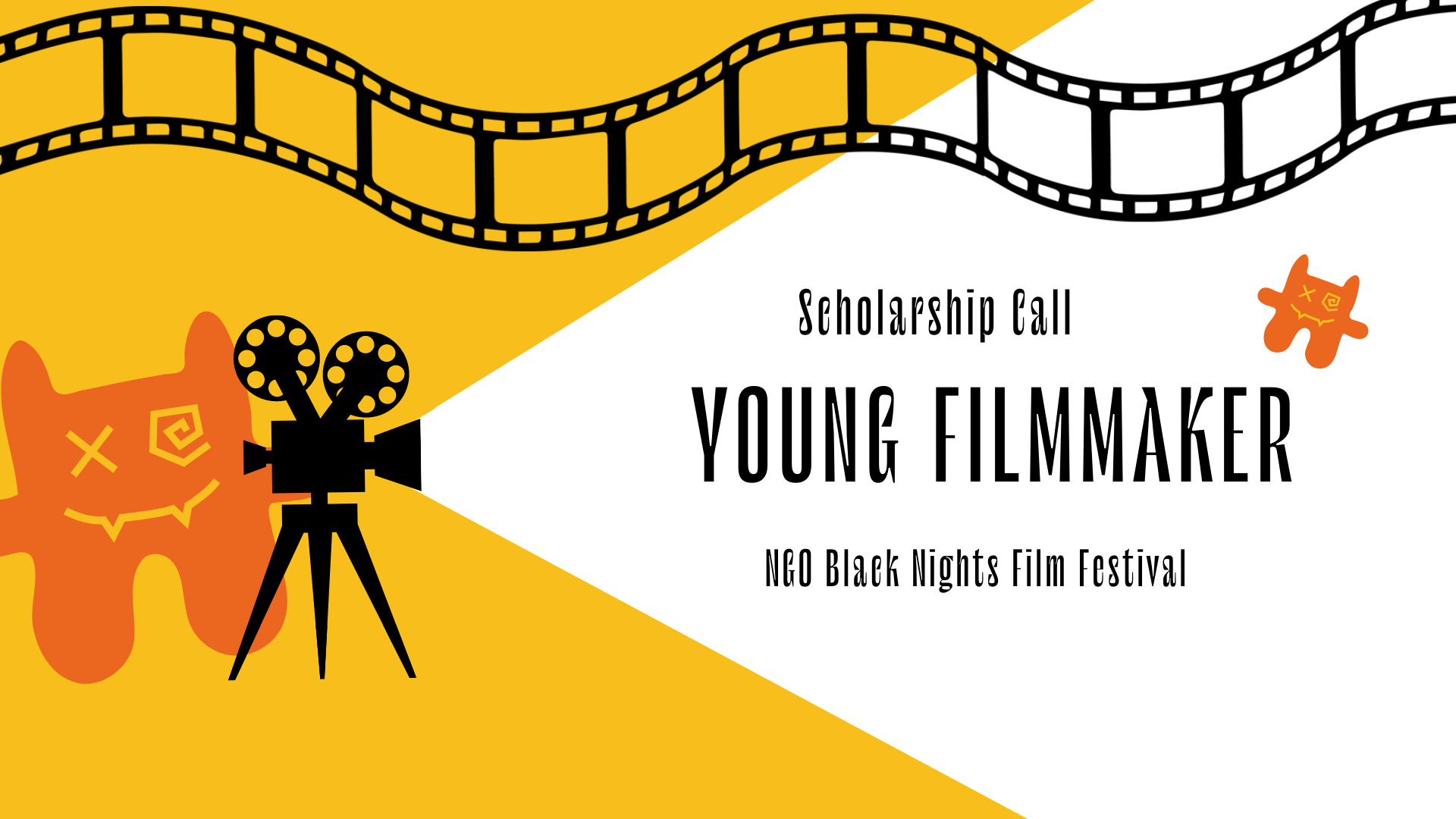 From 2021 the Black Nights Film Festival and the Youth and Children's Film Festival Just Film will be giving out scholarships to young filmmakers. There are no such opportunities for the Estonian youth at this moment but the BNFF values the necessity highly and sees the benefits for the development of the youth. The scholarship will be given out four times a year and all children and youngsters from 1st to 12th grade (from Estonian schools) are welcome to apply. To apply, one must submit their application via the form on Just Film websites Scholarship Call page with their film script or idea proposition. The amount of one scholarship is 500 € per project.

"The goal of this scholarship is to introduce filmmaking to kids and youngsters and to provide them with necessary support from early on. This is a great chance to discover the next Estonian film talents," says BNFF CEO and the scholarship call initiator Mikk Granström. Mikk is also is a film-teacher in high-school and sees the daily struggles youngsters who are interested in the art of film, face.

To apply one must submit their film idea proposition or script. There are no limitations on the genre of the film, animation ideas are also welcome. The length of the film must be at least 1 minute. Friends, classmates or parents can be included in making the film. There are no limitations on the size of the filmmakers group. How and on what the scholarship is used, is up to the recipient. For example, the scholarship could be used for renting equipment, set pieces, covering transportation costs, etc. The idea or scrip must be realistic in the sense that the filmmakers group is able to actually make and finish the film. The help of a mentor/teacher/parent is allowed. The idea proposition or script must comply with the Constitution of the Republic of Estonia, other valid laws and common practices.

The recipient(s) of the scholarship will be chosen by a three-member group of film specialists - two of them from the Black Nights Film Festival and one expert outside of BNFF. Maximum of three scholarships are given out in one round. The recipient will receive support from BNFF and Just Film if they need to - help with finalising the script, finding the right equipment, etc.

Recipients films that are ready by November will be screened at Just Films programme. "This is a unique opportunity for a young filmmaker to take part in an A-category film festival," says the coordinator of the scholarship call Heleen Sutt. In addition, the recipients have the chance to participate in the BNFF film industry section's, Industry@Tallinn & Baltic Event, international workshops and seminars which creates opportunities for networking with international filmmakers.

The terms and conditions of applying can be found here.

Guiding materials for creating a script can be found here.

The first application round is closed. The next will open on the 1st of August.

Information about applying for the scholarship: