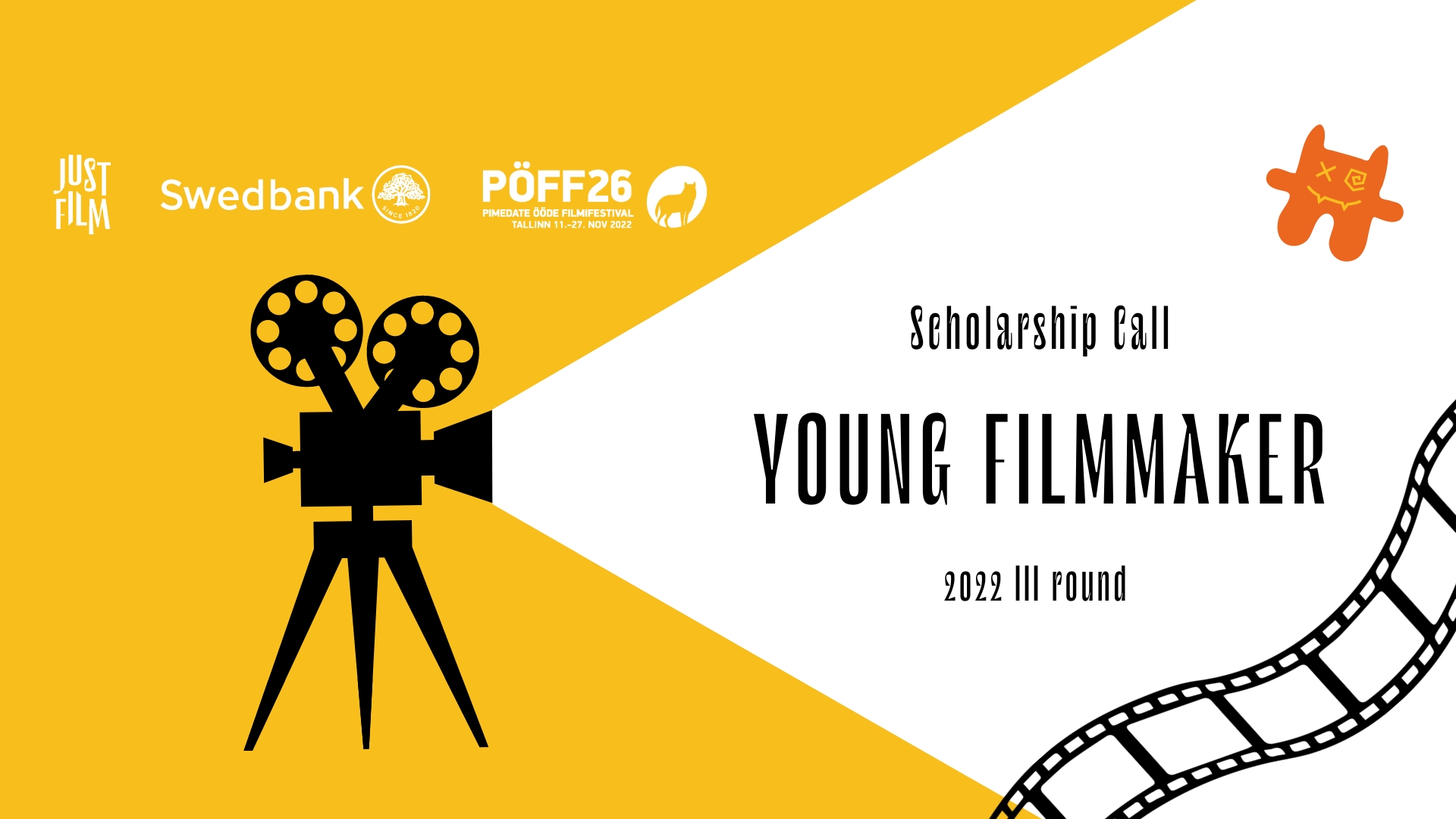 This scholarship call was created to inspire school kids to make films. From 2021 the Black Nights Film Festival and the Youth and Children's film festival Just Film will be giving out scholarships to young filmmakers. The scholarship will be given out four times a year and all children and youngsters from 1st to 12th grade (from Estonian schools) are welcome to apply. Scholarship recipients get the chance to show their film at BNFF's youth and children's film festival Just Film. This is a unique opportunity for a young filmmaker to take part in an A-category film festival. In addition, the recipients have the chance to participate in the BNFF film industry section's, Industry@Tallinn & Baltic Event, international workshops and seminars.

Principles of the scholarship:

The scholarship is awarded by Swedbank, a sponsor of the young filmmaker scholarship call.

Rights of the recipients:

Applying for the scholarship:

Applying to the third round of 2022 is open!
Application form can be found HERE!

In the form you will need to write:

Guiding materials for creating a script can be found HERE

A short description of the film's storyline (1-2 sentences); – write down with 1-2 sentences what is going to happen in your future film.

For example: Mary is spending her summer at the countryside and meets a mysterious boy. Together they find a treasure under Grandma's apple tree and they start their big adventure.

A short overview of how are you planning on making the film and getting it done - please describe:

Additional information and questions about the scholarship: