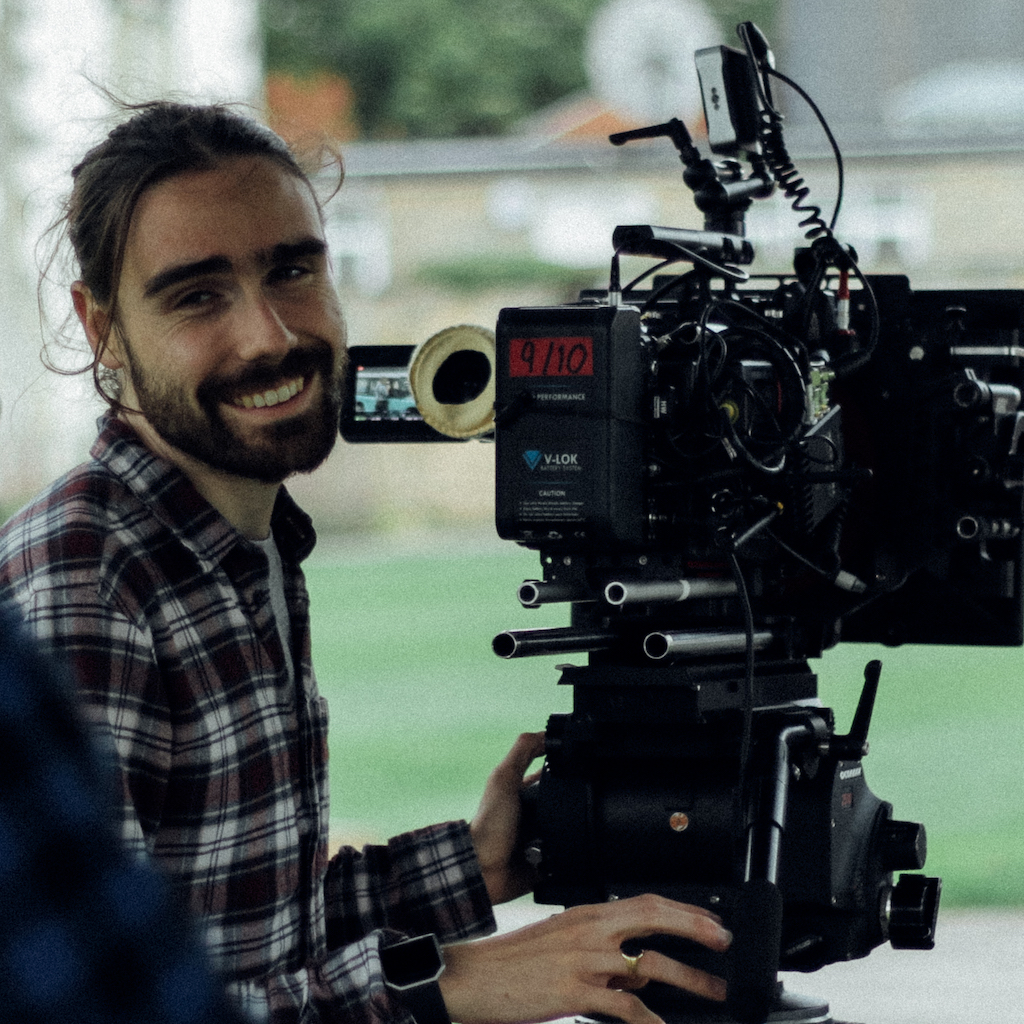 Guy Davies is a multi award winning, versatile writer & director from the UK with a keen eye for visual storytelling. Originally a child actor Guy opted to pivot behind the camera age 11 and began making his own films. At 18, funded by a tuition grant, he moved to New York to study Cinematography. After graduating he returned to the UK and began working professionally in the camera department whilst writing & directing short films on the side.

Guy is the founder of international production company Zebrafish Media and his experience is diverse, from commercials for Nike, music promo for Kanye West, to four award winning short films. Guy’s passion lies in narrative and his debut feature, Philophobia (2019), which gathered a dozen awards on the festival circuit worldwide and opens in cinemas across the UK on October 30th. 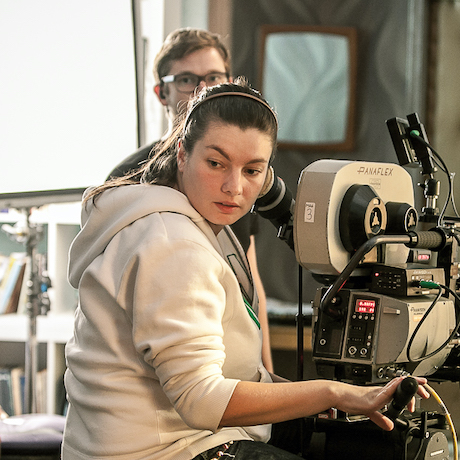 Her PhD research focuses on aspects of human perception and empathy towards film  characters through cinematography. 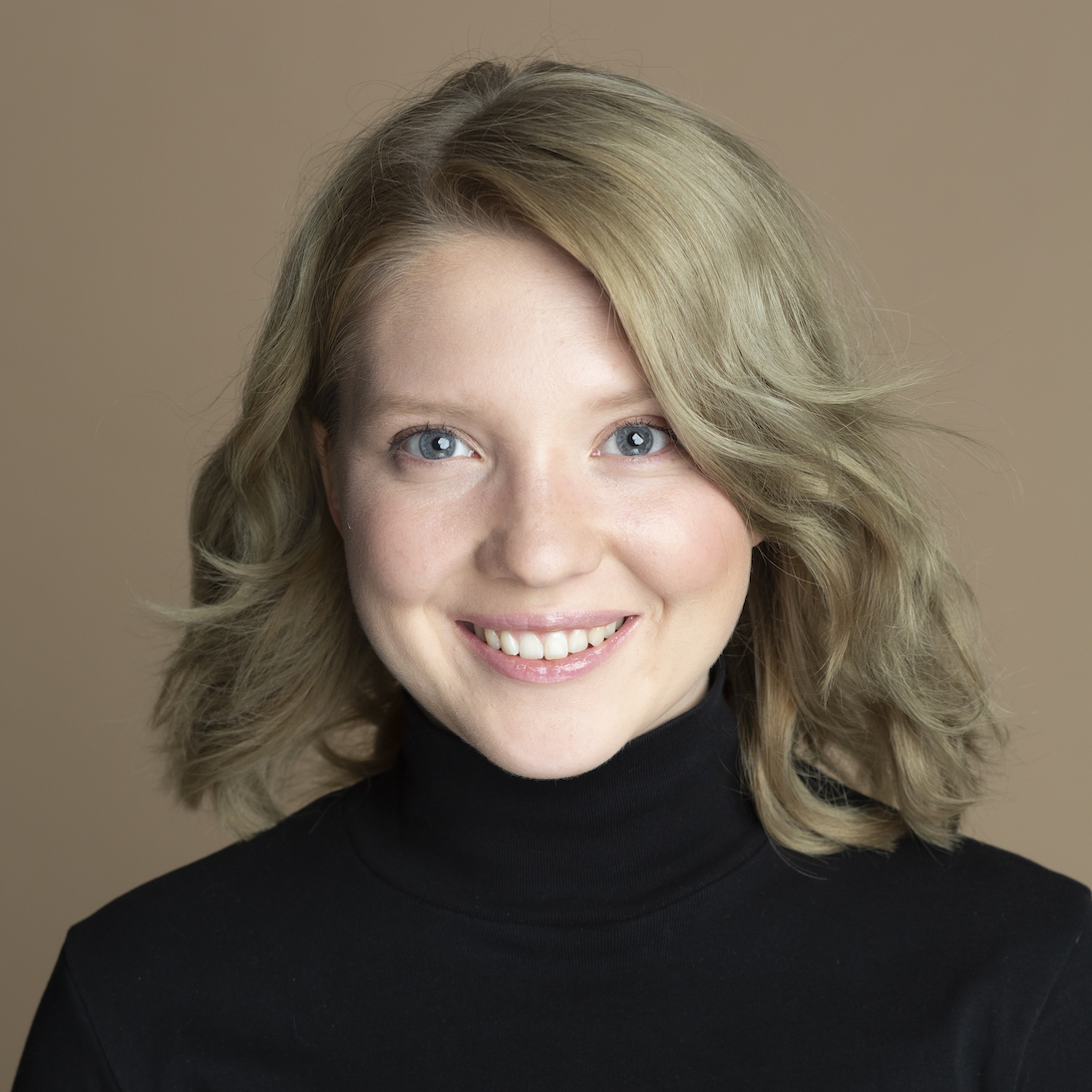 Satu Tuuli Karhu is a 25-year-old actor from Finland. After graduating from University of Arts Helsinki she has worked as a freelancer in Finland's National Theatre and in several film and tv productions. Karhu was awarded with a Jussi Award for her role in Tiina Lymis' box office hit Happier Times, Grump. The Finnish Actors Association voted her for the best film actor of the year for her role in Maria's Paradise, directed by Zaida Bergroth. Next she will be seen in the lead of dramaseries called Bad Apples. 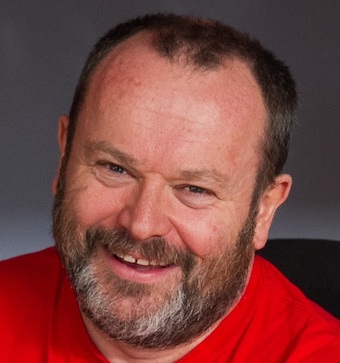 Mike Tait’s role at DCA (www.dca.org.uk) is to promote the very best in international film for young audiences aged between 3 and 19, and to increase audiences for these films. He produces the annual Discovery Film Festival (www.discoveryfilmfestival.org.uk), develops year-round family-friendly screening programmes and supports schools and teachers in the development of film as a valuable resource across the curriculum. He coordinates the Discovery Young Ambassadors (DYAs) , a team of young film programmers (aged 15-19) who are a key part of the festival creative team, and also leads The A Team, a network of local schoolteachers interested in moving image education who provide classroom resources to accompany festival films. 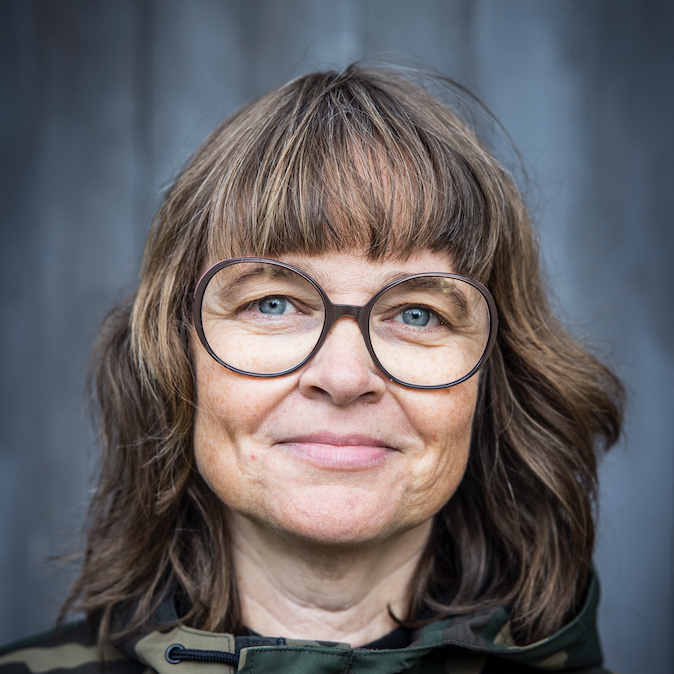 Mariella Harpelunde Jensen is head of programme at BUSTER Filmfestival in Denmark. She is an award winning director and producer and has directed and produced more than 10 tv-series for public broadcasting for DR and TV2Denmark since 2000. Barda, Isas stepz, Sesame Street, Dansk Hulebyg... 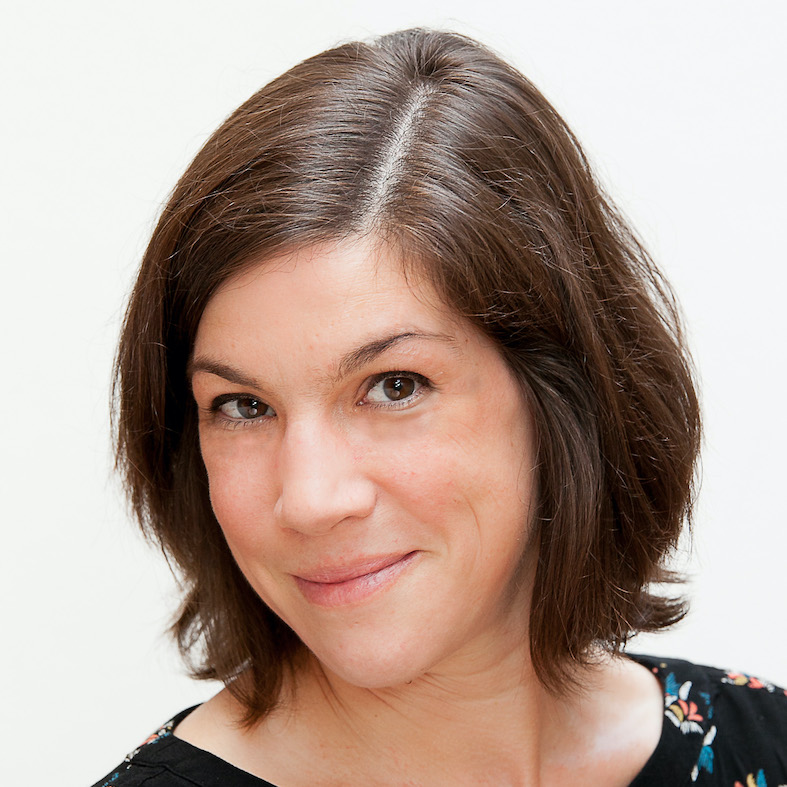 Julia Fleißig is the Head of LUCAS – International Festival for Young Film Lovers.
During her studies of film, romance languages and literature and business, Julia opened a renowned, awarded arthouse cinema that she run for six years. She has been working in different projects at the DFF – Deutsches Filminstitut & Filmmuseum in Frankfurt since 2006. Before becoming director of LUCAS – International Festival for Young Film Lovers in 2017 she was head of the film education project SchulKinoWochen Hessen for five years. For Julia, cinema is the original and genuine place for films and she loves to keep film culture alive and vivid. 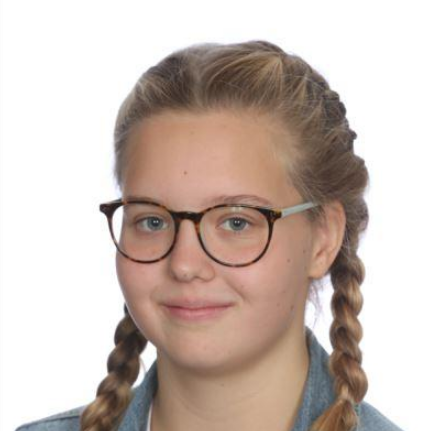 My name is Anna Linda Elvre and I am 14 years old. Even though I am Estonian and from Estonia, I have lived abroad since I was two years old - in Denmark, Russia and Belgium. My family and I moved back to Estonia this summer. I attend Tallinn English College but have previously attended several international schools. I applied for Just Film youth jury because I am interested in film analysis. In Brussels, I had a year-long course in Understanding Film, where we analysed films but also wrote scripts and made a short film. I really enjoyed it! My Secondary school’s creative project also has to do with film analysis and I think being in the jury will give me new knowledge and experience but at the same time, I can share the knowledge I already have. 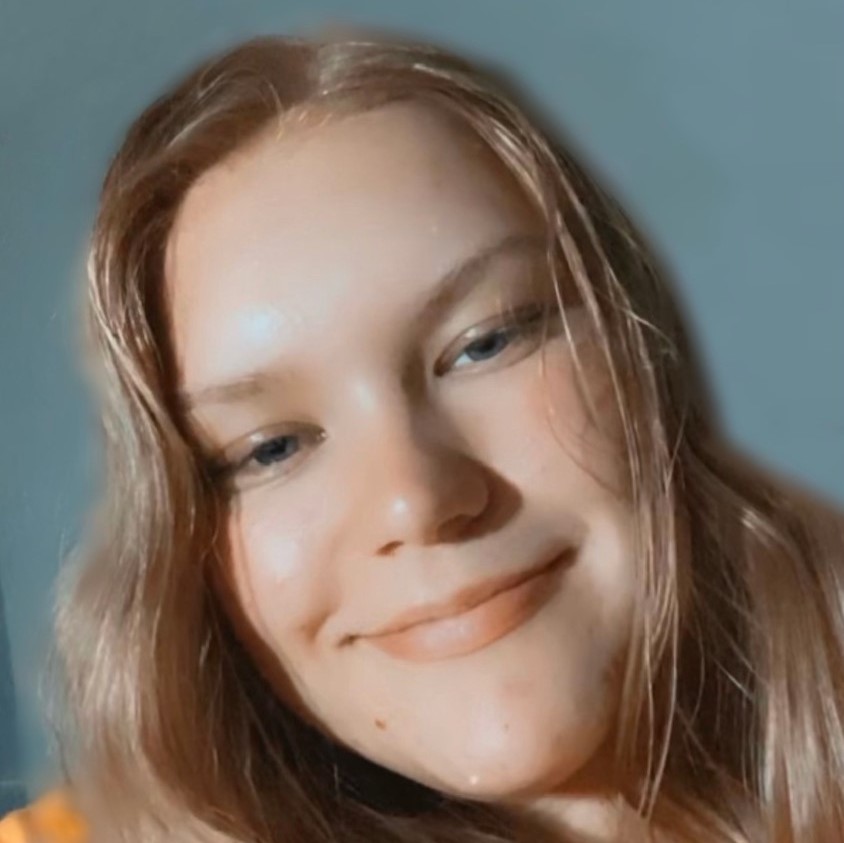 My name is Gerli Rehkalt. I am 16 years old and study at 32nd Secondary School. I play piano, badminton and sing in the choir. I also have my own small company and actively take part in my school’s extracurricular activities. I consider myself an active and social person. I always give my best to do my assignments at 100%, I’m an eager and quick learner. 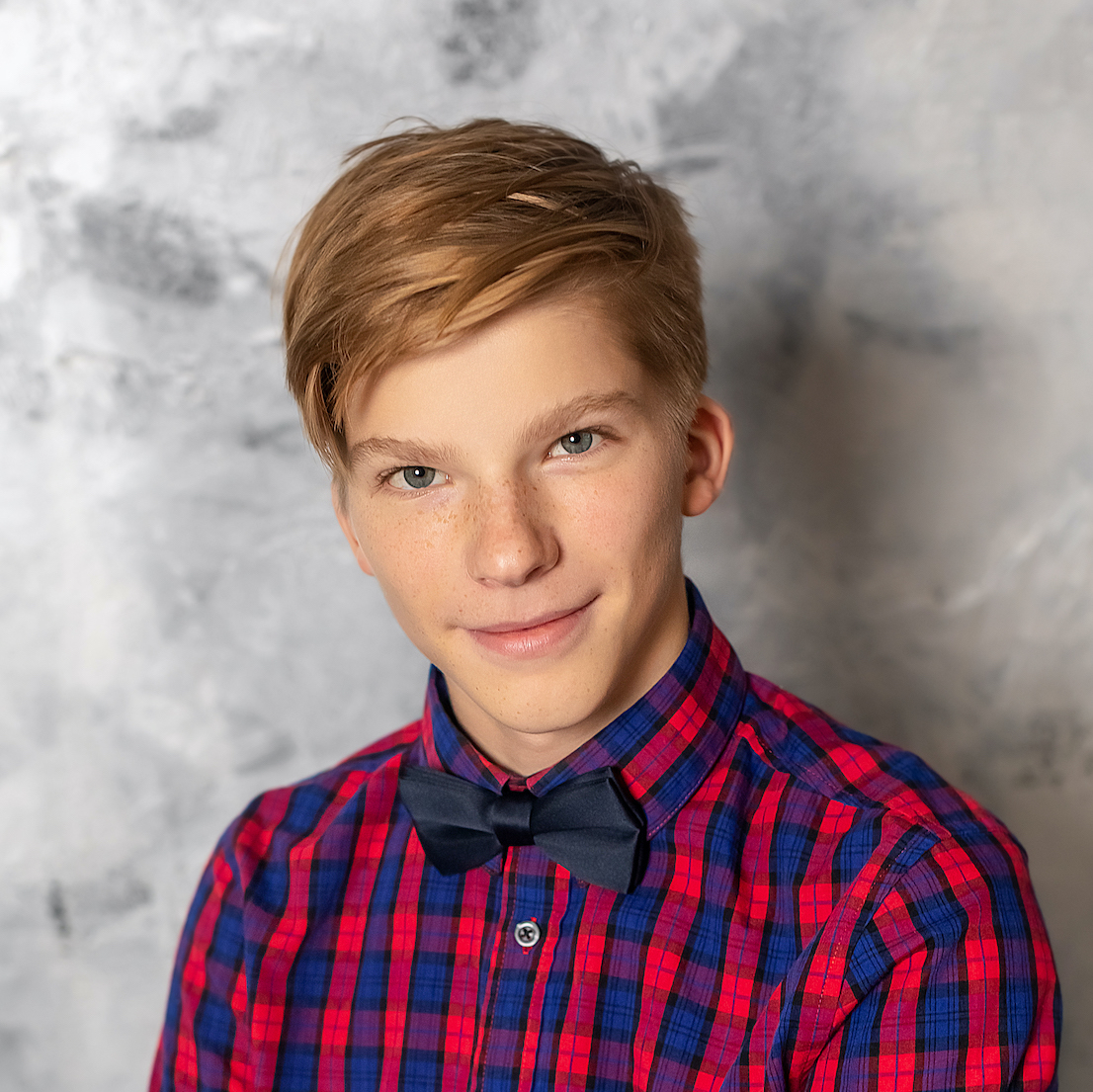 I am 15 years old (turning 16 in November), after graduating from Tallinn Secondary School of Science I plan on studying film. I mainly like horror films but also gangster films (‘God Father’, ‘Good Fellas’, ‘The Untouchables’ etc.). I mostly like films that in some way break rules. I do sports, like music, films and reading. When it comes to my hobbies and interests, I’m really thorough.

My name is Helena. I am 18 years old and I am senior in Old Town Educational College’s French class. I’m from Tartu but came to Tallinn to attend high school here to make my life more interesting (succeeded!). Aside from school, I fill my days with watching films, learning foreign languages, learning about the world and thinking about all that. At around starting high school, I realised films mean more to me than just a couple hours of entertainment and started writing film reviews for myself and my friends, school newspaper and blog. At this point I’m rather sure that after graduating from high school I would like to study film, therefore try to practice what I’ve learned every way I can - e.g. I stepped out of the film critic’s shoes to together with my friends work on my very own short film. 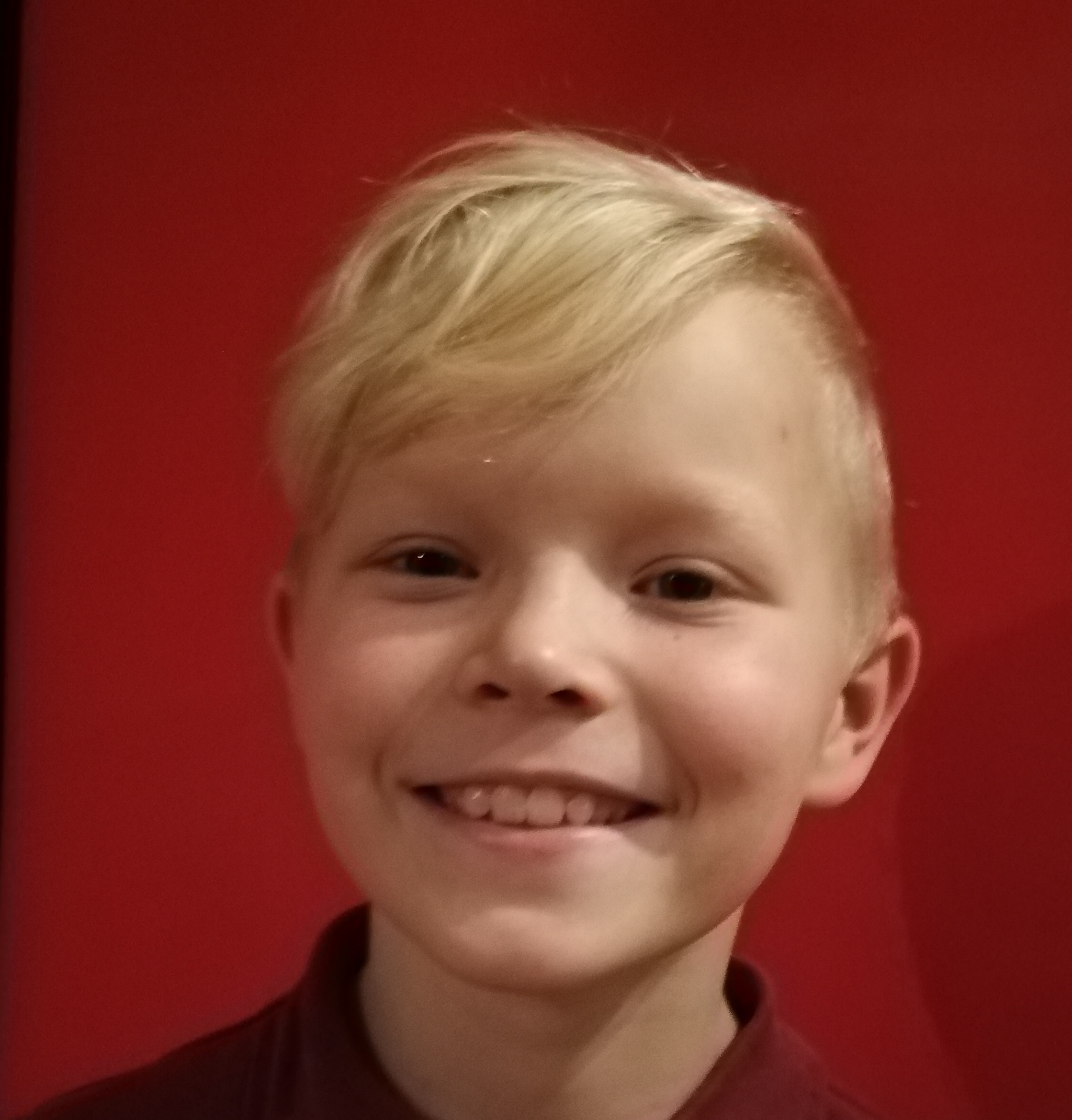 My name is Kaarel Uueni and I'm 9 years old. I love going to the cinema and watch films at home, but I think the festival has better and more interesting films than cinema does.
I like to draw and make different characters out of plasticine. I have made different Doom computer game characters and The Old Man Movie characters, including The Old Man, animals and the house out of plasticine. I go to MaruKaru art studio. I love building fantasy worlds out of legos. 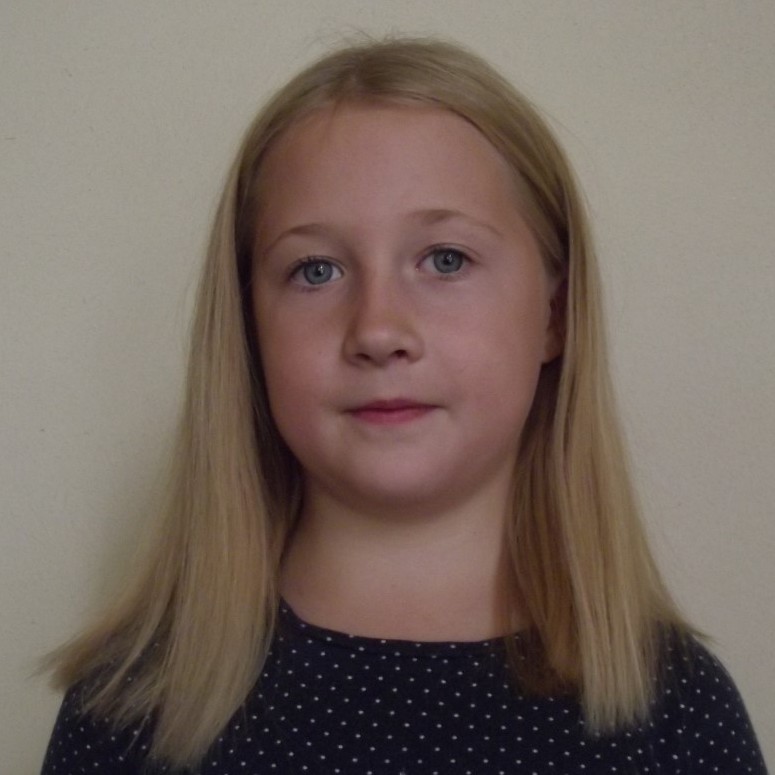 I am a 9 year old girl Kerstin Kalda from Võru county. I study in Võru Kreutzwald School’s 2B class and also in Võru Music School, specialize in flute. I love reading. My favourite books are Harry Potter stories, Rebel Cats, Ilmar Tomusk books and many others. This year I started volleyball lessons. I also like swimming. I applied for the children's jury because I wanted to know how the jury works, see films and tell to my classmates about it. 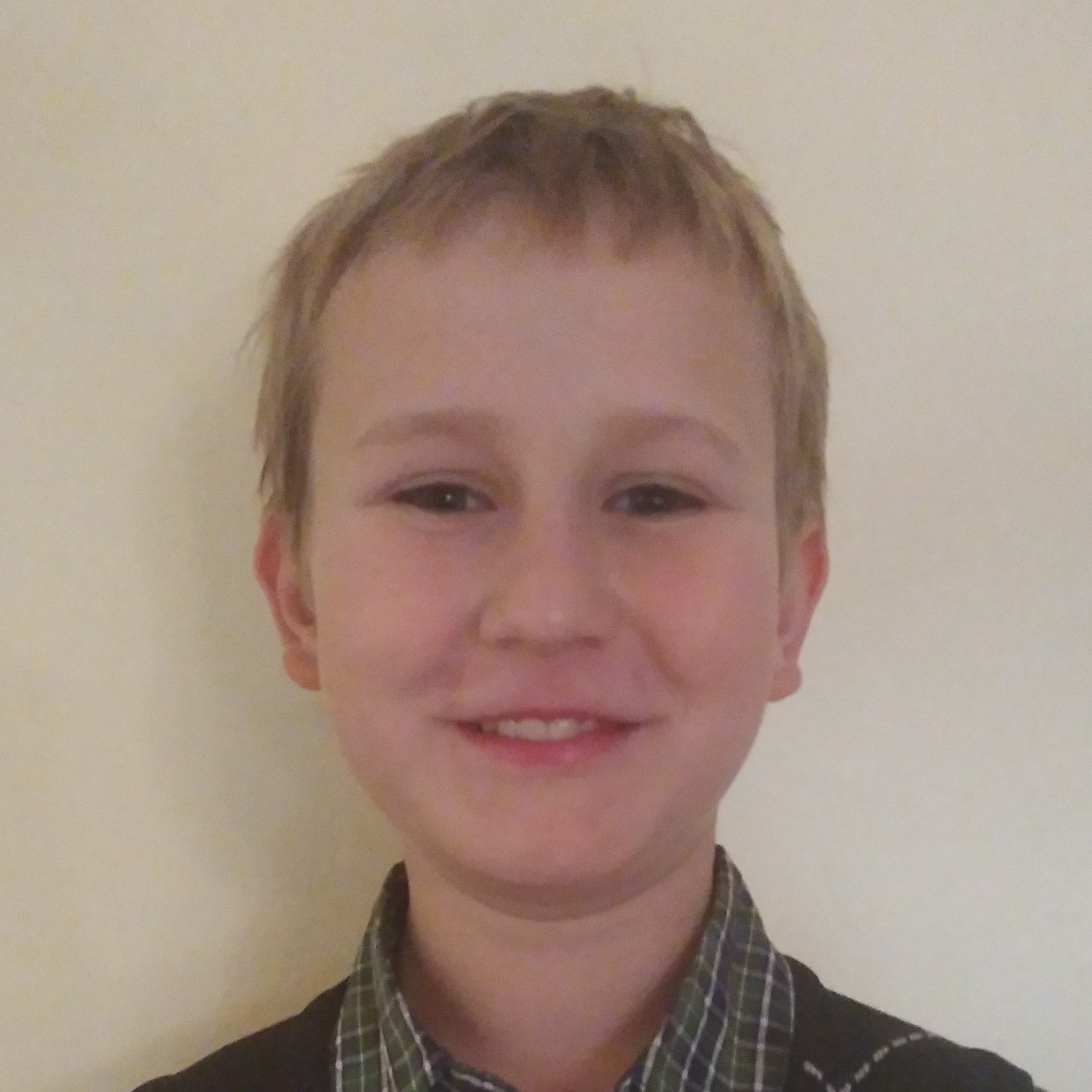 My name is Kuno Wilhelm Rohusaar and I am 9 years old. I wanted to be part of the jury because I am good at judging films and a big film fan. 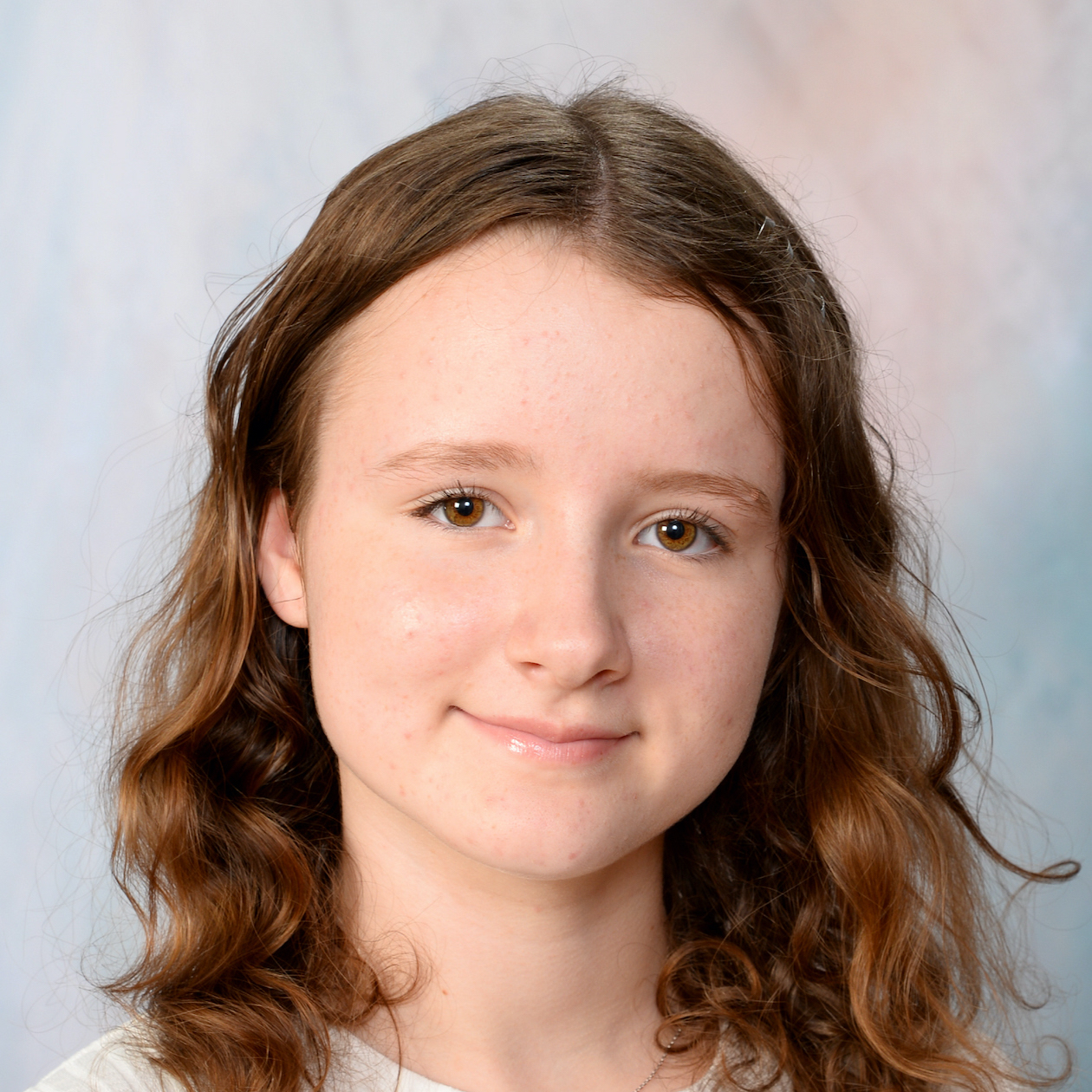 My name is Mari Krashevski and I am 12 years old. I have always liked films and always try to see new and interesting films.
I study in Tallinn English College. Additionally I like doing different things: for three years I went to Hanna-Liina Võsa music school, performed at Brigitta Festival in musical "Muusikalicool" and made a funny film called "Pickles are Raining From the Sky" for a school film festival. During schoolbreaks, I love watching quality TV series with grandma and discuss things. I also like travelling and discovering new countries and cities. 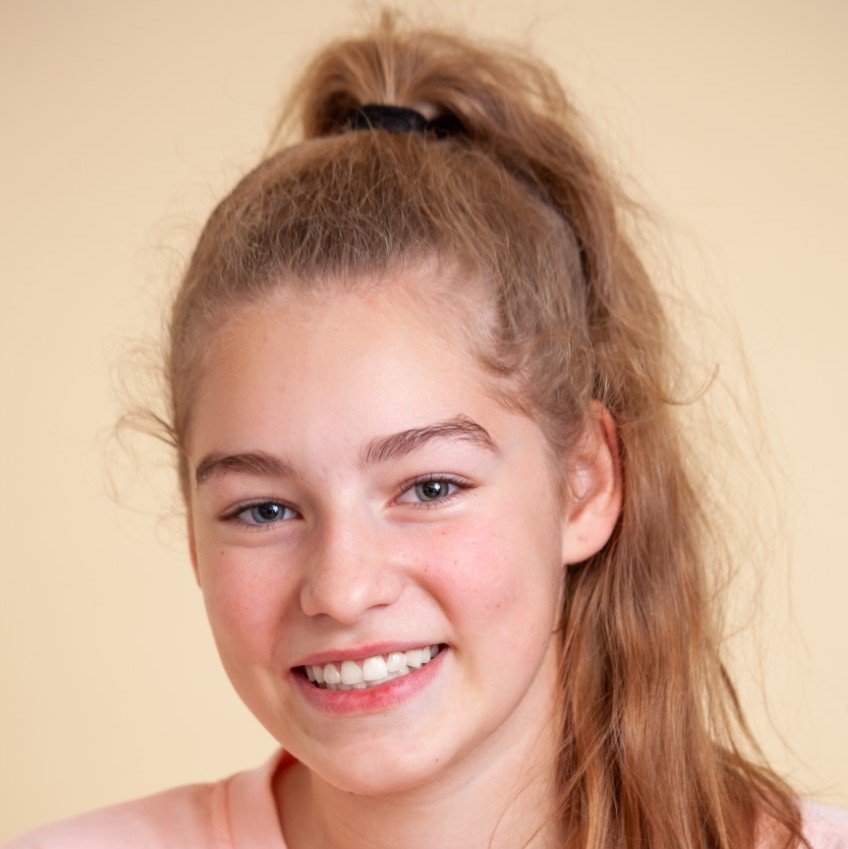 My name is Sarah Liis Luha. I am 12 years old. I have been active my whole life - I love singing, dancing and sports. I also like acting and watching movies. Because of my hobbies I have a lot of experience in performing. I have performed at all the bigger stages in Estonia. My dream is to become an actress.