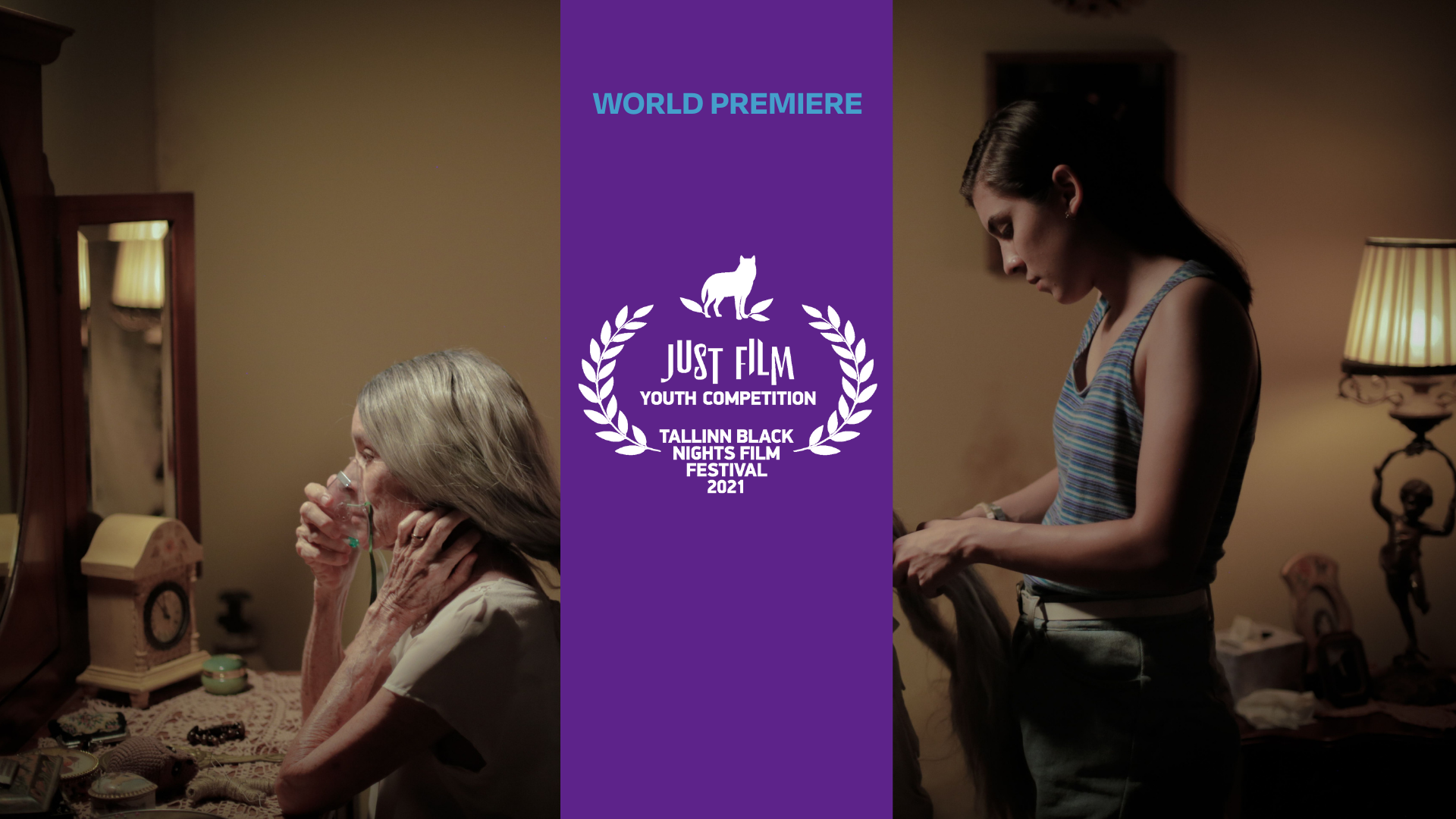 The next film with the world premiere at the International Youth Competition is 98 Seconds Without Shadow.

The film has a very individual and creative way of storytelling. Imagine reading a 16-year-old girls mind and seeing her fantasies. That's exactly what this movie does! The narrative is guided by Genoveva’s thought process and the director Juan Pablo Richter with his team gives it a visual form. By the way, on the screen we also see aliens and the girl's cosmic-romantic encounters. The story takes place in Bolivia in the mid-80s and this era really gives a pleasant retro feel in the stylistics of the film.

The main character’s organic and versatile acting is handcrafted by Iran Zeitun, and side by side among others is a experienced master of cinema classics - Charlie Chaplin's daughter Geraldine Chaplin, who plays the girl's grandmother. The director of the film, Juan Pablo Richter, has mainly focused his professional skills on short films, and in addition to directing, he also works as a cinematographer, producer, screenwriter and editor. He also applied his skills and experience in the field of screenwriting when writing the screenplay for this film. His script is based on Giovanna Rivero's novel of the same name.

Just Film loves films that have a wide target audience and that are addressed to youth as well as their parents, teachers and adults in general. Despite the young protagonist, the problems in Richter's film are very diverse. 1980s were a time of change in Bolivia. In the first half of the decade, drug trafficking prevailed, people disappeared without a trace, many lost their lives to addictions and illegal businesses. Society was in decline ,people were restless - riots, economic crisis and hyperinflation took over and Bolivia found itself on the brink of civil war. The change was brought about by the change of president in the middle of the decade, when politics became more committed to human rights and building a democracy. The background of the era provides the key to understanding both Genoveva and the rest of the characters. We humanly understand why the girl counts seconds, minutes and hours.

Read more about the film here.